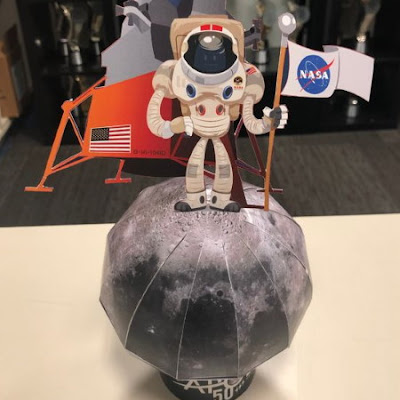 To celebrate the 50th anniversary of the Apollo Program, NASA has released a educational paper model of the Earth’s Moon for children to build. The moon comes with a 2D cutout of an astronaut on top. Another feature of the model is it may be opened to reveal an image of an astronaut’s footprint on the lunar surface. The printable PDF template for the papercraft may be downloaded here. The Apollo Program landed a dozen Americans on the Moon between July 1969 and December 1972.

Thu Jun 18 , 2020
This post and the photos within it may contain Amazon or other affiliate links. If you purchase something through the link, I may receive a small commission at no extra charge to you. Get ready to celebrate the red, white, and blue with this all-American big Fourth of July SVG […]