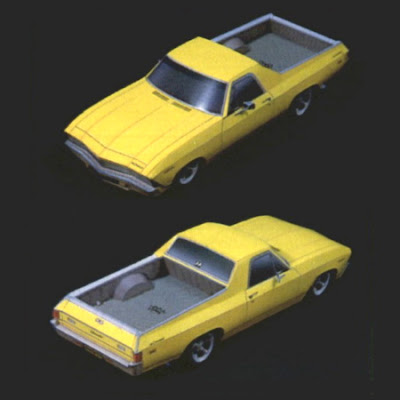 The Chevrolet El Camino was first introducing in 1959. Called a “coupe utility vehicle” by some, it was basically a station wagon adapted to have a bed like a truck. The El Camino proved popular enough that Chevy continued to produce the vehicle through the 1987 model year. This paper model of a 1969 El Camino was designed by Kin Shinozaki for Daytona Magazine. The PDF template for the car may be downloaded here:

Sun Oct 20 , 2019
Learn how to make an origami pumpkin box. This Halloween gift box is perfect to put your candy corns in! Made from just 2 sheets of square paper, no glue required. This origami pumpkin box is a modification of my origami egg box design. Also looks like a bell pepper, […]