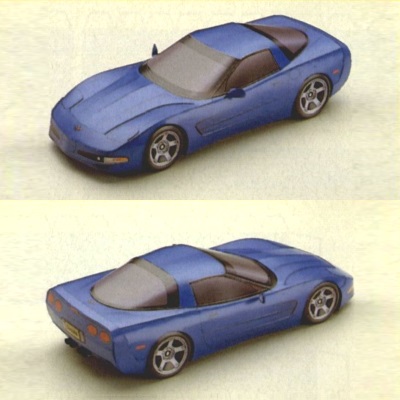 This 1997 Corvette paper model is one of several papercraft cars designed by Kim Shinozaki for Daytona, a Japanese car magazine that showcases American cars. The papercraft template for the Corvette was originally published in the June 1997 issue of Daytona. A scan of the template may be found here. The scale of the finished model is 1/25.

Wed May 15 , 2019
Once upon a time, when there were only 151 to catch, perhaps the rarest (and most powerful) Pokemon was Mewtwo. Part of what made Mewtwo so rare was that it was not a natural Pokemon. It came to exist only because of a genetic experiment performed by a group of […]