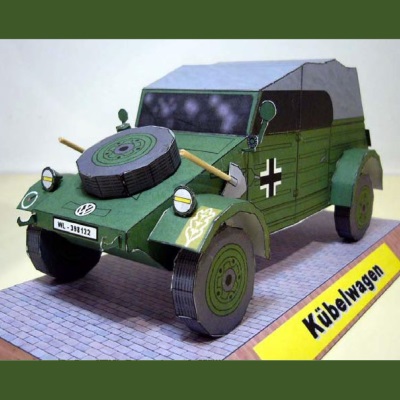 During World War II, the US military used Willys MB Jeeps while the German army used Type 82 Kübelwagens. Kübelwagens were designed and built by Volkswagen at the request of the Third Reich. This 1:17 scale paper model of a Kübelwagen was created by Toni Mauricio. The PDF template for the model may be downloaded here. In the US in the 1960’s, Volkswagen introduced a version of the Kübelwagen known as the “Thing”.

Tue Jul 31 , 2018
This printable Harry Potter Monopoly board is not a scan of the store bought version of the game.  It is a work of fan art produced by  a Harry Potter blog in the Netherlands. Except for the houses and hotels, everything you need to play is included. I like that […]